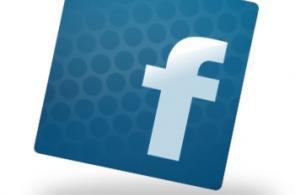 Boosted posts are a type of ad on Facebook. Because they appear higher up in news feeds than non-boosted posts and are served to an audience beyond your existing page fans, these posts can be a relatively inexpensive way to easily reach more potential customers (1).

Unlike a traditional Facebook ad that's created using the Power Editor tool, a boosted post starts as an organic post on your Facebook page. That means anyone who visits your page will see the post, and anyone who has liked or is following your page could potentially see the post in his or her news feed.

Facebook generally limits the number of stories that appear in a user's news feed. So even if a fan likes your page, he or she might not see all of your posted content. Boosting a post makes it much more likely that fans will see the post in their news feeds. And unlike regular posts, boosted posts could also appear in the news feeds of their friends with similar interests.

To boost a post, go to your timeline and click on the button in the bottom right corner. You'll be prompted to set an audience: either people who like your page and their friends or a targeted audience based on demographics (age, location and gender) and interests. When you set a budget (minimum $5) and a duration (from one to seven days) for the boost, you'll get an automatic estimate of the people your post is likely to reach.

In the Ad Manager, you'll be able to track the metrics of the boosted post, including likes, shares, total reach and cost per engagement. If the boosted post is performing well, you can extend the duration or increase the budget.

The when and what of boosting posts

Because boosted posts tend to have greater reach, you'll want to use them for your best content that's most likely to engage potential customers and drive them to your site. You can create a sense of urgency with limited-time offers and promotions, or increase the engagement by including a call to action.

To get noticed by more users, include a high-quality, original image. If the image has text on it, you'll have to make sure it has less than 20 percent text to fit Facebook's guidelines. (There's a built-in validation tool that lets you easily confirm whether your image will likely meet this requirement.)

There isn't a set rule about when boosted posts perform the best, but in general, B2B ecommerce sites will have the most engagement with boosted posts during the work week. While it may be tempting to boost every post, that can saturate the news feeds of your fans and potential customers and possibly overwhelm them. Instead, keep an eye on the metrics to analyze which boosted posts are getting the most traction with your audience. Then craft a strategy to boost similar types of posts or to boost posts at similar times.

1. "Reach people right from your page"