See first-hand the features that empower businesses
like Hickies to grow with BigCommerce.

When Hickies CEO Gaston Frydlewski was a college student, something seemingly trivial started to catch his attention: Shoelaces. Whenever Gaston walked into a store, he noticed that every single shoe on display was immaculately tied, not a shoelace out of place. On campus, he saw teenagers tucking their laces into their shoes instead of spending time tying them. Beyond that, Gaston recognized that some people, like pregnant women and the elderly, simply had a hard time bending down to tie their shoes. It was then that he had a realization: Our society has advanced to the point that shoes almost feels like walking on air, yet there’s been no evolution in the actual closure of the shoe — and no one had particularly fond feelings for the shoe-tying method we’ve been stuck with for all these decades.

And with that, Gaston and Co-Founder Mariquel Waingarten packed their bags, moving from Argentina to New York to chase their dream of forming a business. In 2018, the duo launched a Kickstarter that raised more than $580,000, well over the funding goal Gaston and Mariquel had originally set. From there, Hickies was born as the catalyst of shoelace evolution.

When Hickies Director of Technology Jonathan Segev joined the team in August 2013, he was skeptical that shoelaces were such a problem that they needed to be reinvented — but then he started wearing Hickies. It wasn’t until he tried going back to regular laces a month later that he realized the inconvenience created by shoelaces. For most people, tying their shoes is such a simple thing that we rarely give a second thought to, and you don’t realize how much it interferes with day-to-day life until using a product like Hickies.

In the early stages of Hickies, we were working with an external development company and self-hosting on Jumla. At the time, those solutions were plenty for us, but they came with the added hassle of being self-hosted, so we eventually migrated to Shopify. That worked for us for years and we grew with it significantly, but in the past couple of years we realized that Shopify had numerous limitations on internationalization, which was something that would negatively impact our goals.

On top of that, Shopify unveiled its new pricing model two years ago, forcing all users to start using its payment processor, which didn’t operate in many of the countries in our system. The updated pricing scheme also made the platform a lot more expensive. Moreover, we often were waiting a long time for features to go live on our site, and were forced to implement various hacks in an effort to speed up the process.

We needed something that would help us grow, and started looking outwards. That’s where BigCommerce came along.

We were looking for something that didn’t have the downsides of being self-hosted, as we had a bad experience with that before, and wanted something that was semi-managed but also had more developer-friendly features, international capabilities, and room for growth and scalability. One of our vendors recommended BigCommerce, and we were on board for giving it a test run.

The Sales team was amazing — they pitched BigCommerce really well, and we felt that it was exactly what we were missing. And with that, we went ahead and proceeded with BigCommerce.

"In the past couple of years we realized that Shopify had numerous limitations on internationalization, which was something that would negatively impact our goals."

An important part of our strategy is to meet customers where they are and provide multiple options to personalize customers’ shopping experience. We wanted to extend our emphasis on customer choice to checkout. During our time on Shopify, Hickies only accepted credit cards — and then we enabled PayPal in mid-2016. With PayPal, our conversion doubled nearly overnight. The experience with PayPal illuminated just how important payment options are for consumers. It was not something we previously ever considered, but it makes a world of difference.

We were very happy with Braintree as our payment processor, but it looked like Shopify wasn’t going to let us continue using them — the company was very much pigeon-holing us into what we could and couldn’t use. The other options we were hoping to put on our site — like Google Pay — seemed to become increasingly out of the question with Shopify.

In fact, one of the big reasons we were looking at BigCommerce was its ability to integrate various payment gateways.

To us, the more payment methods the better. Last month, BigCommerce helped us release a new design to our cart to demonstrate that. We only had two payment buttons previously; now, we’ve introduced four, giving customers a clear view into all the payment options they could use at checkout.

We've watched the Google marketplace grow year after year, and for a growing business like ours, it's become a necessity. A significant number of people use Google — almost rely on it — so if you’re not operating in the marketplace at this point, you’re not capturing your full clientele. Google Pay was a very obvious choice to us — Google Pay is for Android users what Apple Pay is to Apple users. Its one-click checkout is simple, and makes it so much easier on the customer. If we can make our product, which is very much an impulse buy, even quicker, it means a better conversion for us.

Adding Google Pay to our storefront was super quick and seamless — it was literally flipping on a switch. We were able to do it in less than three minutes, and we were able to do it across all of our stores and in all of the countries we operate in. Considering that Android is arguably much more popular around the world than any other operating system, it was something we felt our site clearly needed. The fact that it was so easy to implement and required no additional work to get it working was huge for us.

Beyond the checkout, we just launched Google Shopping in August 2019. One of our bigger projects for 2020 is to properly scale the channel and push it in our marketing efforts. We want to be on as many different channels as possible; the more offerings Google can provide us and the more opportunities they can give us to grow, we will be on board 100%.

"Adding Google Pay to our storefront was super quick and seamless — it was literally flipping on a switch... The fact that it was so easy to implement and required no additional work to get it working was huge for us."

“We needed something that would help us grow, and started looking outwards. That’s where BigCommerce came along.”

As we grow with BigCommerce, our major focus is being in all the places our customers are and creating marketing strategies that align with the specific shopping behaviors in that market.

One of the ways Hickies does that is advertising on various channels. We are big on Facebook, Google, and Bing. We do Amazon advertising, some targeted subway campaigns as well as mailers. Our email and retention this year has exploded which is great, as it’s something we always said we needed to do but were never able to do successfully, until now.

We also started on a project this year with TV advertising which, as a traditional form of direct marketing, has proved to be a really interesting opportunity for us. Our partner Tatari basically set up a pixel on our site that measures traffic spikes following a TV ad compared to normal site traffic, which allows us to more precisely figure out what works, what doesn’t, and how to optimise our channel more than standard TV advertising could.

Selling on Amazon is also an important part of our strategy to meet customers where they are. We've watched the marketplace grow year after year, and for a growing business like ours, it's become a necessity. A significant number of people use Amazon — almost rely on it — so if you’re not operating in the marketplace at this point, you’re not capturing your full clientele. We take a very holistic approach to our entire ecommerce strategy and understand that, with our marketplace and advertising spend, some of the web traffic will come from Amazon, some of it from Facebook, and some of it from our website. In the end, if we’re spending a dollar, we realize that dollar may not completely come back to us on that website, but it is likely to come back to us on another platform. Looking at our advertising strategy as a whole as opposed to each individual segment allows us to continue to scale even when one platform becomes more expensive, less efficient, or isn't performing as well.

A Simplified Shopping Experience For a Unique Product

We’ve spent the past couple of years perfecting our internal structure to the point where switching on a new country can be done in a matter of a week. Looking towards the future, we want to optimise the front-facing things and implement new features like a loyalty program.

Hickies has experienced rapid growth and positive consumer feedback of our product. With BigCommerce, we’re hoping to continue providing a unique, simplified shopping experience for our customers. We’re in a great place with our online selling right now, and we’d love for BigCommerce to be our chosen platform for the long haul. 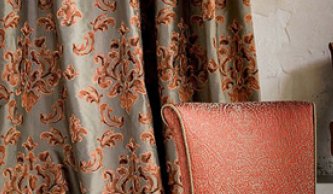 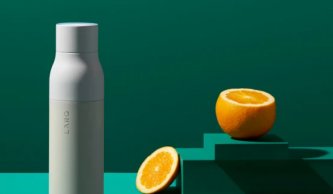 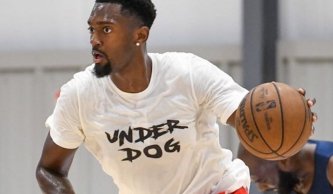