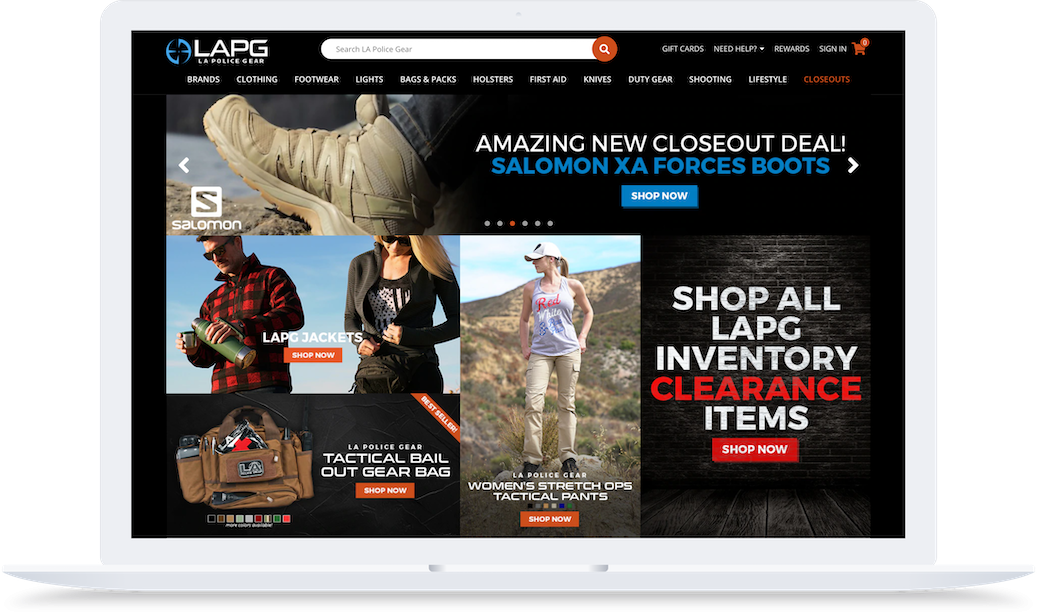 See first-hand the features that empower businesses
like LA Police Gear to grow with BigCommerce.

How a Good Thing Got Started

The creation of LA Police Gear (LAPG) came about as a result of one thing: frustration. As a Los Angeles police officer in 2001, Sean Frank found himself frustrated with the cost, quality, options and customer service of the police gear companies he and fellow officers patronised.

He grew tired of spending his hard-earned money with companies that offered limited product selections, poor service and, if you can believe it, a growing reputation for stealing customers’ credit card information.

After hitting his breaking point in late 2001, Sean added a new title to his professional vitae—Founder and CEO of LA Police Gear.

Sean decided he could do better. He started out in late 2001 and slowly, but systematically, began to ramp things up. In 2004, he started selling on marketplaces like eBay. It was at this point he began hiring employees, and the business exploded.

LA Police Gear became known for fast shipping, great customer service, and affordable prices. Over time. we began to increase our product selection, which meant our website got bigger and bigger. From police duty gear, we expanded into tactical gear as well as military and outdoor equipment.

Today, we offer clothing, footwear, lights, holsters, bags, knives, duty gear, K9 gear, and much, much more. We even launched our own LAPG brand of products. This one move has been our biggest success. The LAPG brand brings in 30–40% of our sales and the percentage keeps growing.

Now, when other brands charge $70–$80 for a pair of pants, we can offer the same or similar item for half the price. Our brand products allow officers the freedom to purchase more of what they need and still have enough money to do special things with their kids and families. That's a really exciting thing for us to make happen.

Getting Tactical with the Technical

We built up LA Police Gear to be one of the nation’s top websites for duty and tactical gear and equipment. A major part of our success was finding the right ecommerce platform. We had to go on a bit of a roller coaster ride to find it, but we eventually did.

Our first website was on Yahoo. It was pretty stable in the beginning, but as we expanded, it just couldn't keep up with our growth. It had an outdated back end and didn't connect well with our internal system either, so we decided to switch to Magento.

We went live on Magento in 2017, and it was an utter disaster. I’m talking massive issues: The site was always down, sometimes for multiple days. Support was very slow, and it was hard to reach the right person. Things would never get solved. We had to manage everything. It was terrible. There were a lot of extensions that made it seem like the platform could do anything. However, when we tried them, they would break other things or not work as easily as they should have.

Just building the site was very expensive. Anytime we needed to change something, even one little change, the cost was astronomical. Then we had to pay licensing and hosting costs as well. It was hugely expensive.

We wanted a solution that was easy to work with on the back end so we could change things ourselves without having to pay a developer $40,000 a month to make a few changes. We looked at Shopify and many other platforms, but because of the types of products we sell, some platforms would not allow us to use their platforms. Thankfully, BigCommerce did. After all we had gone through, we made the pretty quick decision to switch to BigCommerce. One year after going live with Magento, we migrated again.

“After all we had gone through, we made the pretty quick decision to switch to BigCommerce. One year after going live with Magento, we migrated again.”Mark Hedman, CEO, LA Police Gear

The BigCommerce platform seemed to have everything we needed. There was the API that enabled us to connect to our own internal ERP system, the built-in functions pretty much had everything we needed, and the extensions available to us actually worked and didn’t break other processes. BigCommerce ticked all the boxes for us—it was a no-brainer.

We had an assigned BigCommerce Implementation Project Manager who worked with us to get us through migration, implementation and on to a successful launch. It was insane how extremely well it went.

Another thing we liked about BigCommerce was we did not need a ton of apps. For the most part, out-of-the-box BigCommerce did a lot more than Magento did. We had to have dozens and dozens of app extensions in Magento. I will say one of the main operations and logistics apps we needed was ShipperHQ. Fortunately, BigCommerce offers it as an extension. The app allows us to set up flat rate shipping exactly how we want and enables us to set up restrictions whenever needed. Sales Scheduler, Gift Certificate Importer and the Shogun page builder are a few additional apps we use.

“BigCommerce ticked all the boxes for us—it was a no-brainer.”Mark Hedman, CEO, LA Police Gear

We wanted a solution that was easy to work with on the back end so we could change things ourselves without having to pay a developer $40,000 a month to make a few changes... After all we had gone through, we made the pretty quick decision to switch to BigCommerce.Mark Hedman, CEO, LA Police Gear 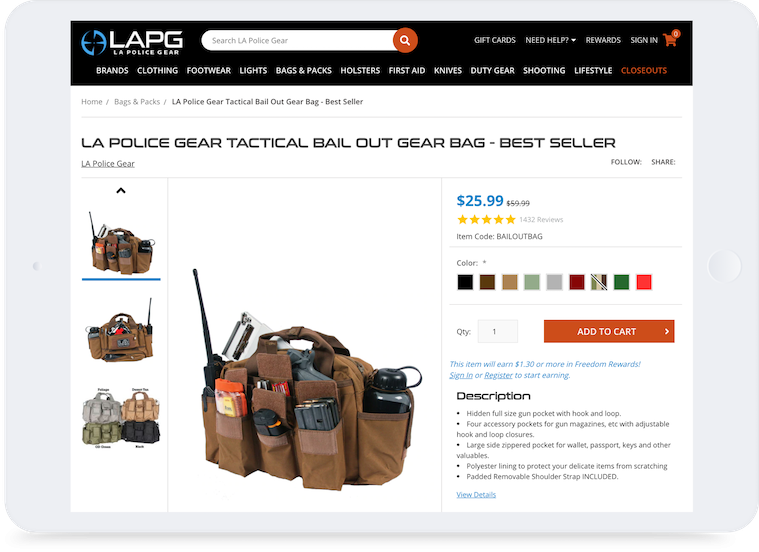 One of the biggest and most positive outcomes in switching to BigCommerce is that we don't have to worry about the site going down all the time. I think back to Thanksgiving 2018 when we were still on Magento. I was up all day and night trying to make sure the site was going to be stable for Black Friday....and, lo and behold, it wasn’t. The following year, 2019, we had a little hiccup, but it was resolved quickly. There was no problem whatsoever on Cyber Monday.

We recently came out with our first style of denim jeans, and in a month’s time, we nearly sold out. To see such demand for an LAPG product is very exciting for us. We look forward to keeping that going and bringing new LAPG products to the market.

We have also expanded our presence with two brick-and-mortar retail stores in the Greater Los Angeles area to make customers happy.

Wherever we go and whatever we do, we’ll continue to deliver excellent customer service, competitive pricing, and speedy shipping. Daily, we work to position ourselves as the one-stop shop for all things police, military, camping, survival, and miscellaneous everyday carry gear. That’s our guarantee.

“Wherever we go and whatever we do, we’ll continue to deliver excellent customer service, competitive pricing, and speedy shipping.”Mark Hedman, CEO, LA Police Gear 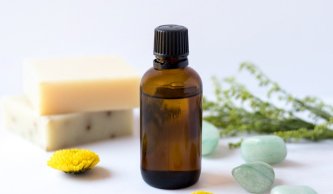 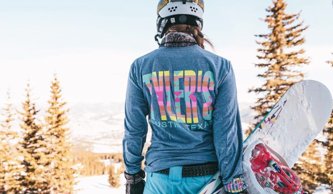