What are the major age demographics in ecommerce? 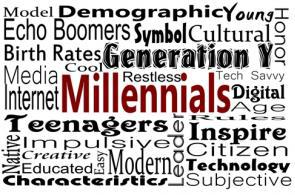 Regardless of an online business' size, understanding the target customer is paramount to success. There are innumerable ways to segment and leverage shopper data, including geographic location, likes and dislikes, and spending habits. With so many variables, dividing customers into broadly-defined groups is an effective way to begin segmentation. One bucketing process is age demographics.

While behavior and tastes vary widely within demographic groups, there are also many consistencies that can be targeted with general best practices. There are different tactics to employ based on each age demographics preferred mode of communication, feeling about advertising, and familiarity with technology. Your target age demographic is infused into every aspect of a business: curation of products, website look and feel, checkout process, customer service and much more.

The youngest generation of shoppers is the hardest to define, in part because they haven't reached adulthood. Generation Z refers to people born after the early 2000s, comprising adolescents and children. While much of Generation Z won't directly make online purchases, they have a major influence on the parents that spend a collective $24.9 billion on back-to-school shopping alone. This generation also possesses the technological proficiency to browse for products online.

Marketing to this group is best accomplished by connecting with parents. Getting brand familiarity with busy parents looking to minimize the number of decisions they have to make is key to success

There are roughly 75 million millennials in the Untied States, defined as people aged 18-34. Generation Y, as it's also known, recently surpassed baby boomers in number. These young adults are either finishing school or participating in the workforce. Similar to Generation Z, these young adults are generally proficient with technology. They tend to have higher-than-average levels of debt but also are optimistic about their future economic status.

Millennials have lower levels of traditional brand loyalty but recognize and value positive experiences with businesses. Effective marketing to millenials often invokes a personable tone and must be consistent across all channels. Millenials form perception of — and interact with — businesses on social media, leading to a major shift in the way . Millennials generally use mobile devices often, so a mobile-friendly website is a must.

Generation X, by and large the children of the baby boomers, range in age from roughly 35 to 50 years old. Once viewed as upstarts, Gen X is now beginning to occupy higher and higher positions on the corporate ladder and having children of their own. Stereotypically characterized as having a higher-than-average sense of apathy and lacking a strong level of respect for authority, this generation now consists of parents, homeowners, managers and executives in many instances.

This is the last generation where a significant majority grew up without home computers, although they now have plenty of experience using laptops and desktops as well as mobile devices. Members of Generation X don't have high levels of trust for businesses and, in some respects holding an attitude similar to millennials, don't have particularly strong brand loyalty. Frustratingly for ecommerce merchants, Generation X has been defined in many respects as a middle-of-the-road group - they self-report as less unique or distinct than millennials or baby boomers.